INSTRUCTOR:  Paul Paliyenko
If class is full send an email expressing your interest to info@moonlightstageco.com and we will put you on a wait list. If wait list grows an alternate class may be added.

This class will focus on four primary English dialects – British (R.P.), Irish, New York and Southern. We will be working with a standardized text and companion recordings to differentiate the four dialects and understand the key components of learning a dialect. You will have fun adding these accents to your actor's tool kit and your list of special skills.

Paul Paliyenko is a professional actor with over twenty years of experience performing on stage, screen, television, radio, and audiotape as an actor and improviser in Boston and Raleigh. His Triangle professional stage credits include August: Osage County and Barefoot in the Park for Theatre Raleigh as well as Burning Coal Theatre Company’s highly-acclaimed productions of To Kill a Mockingbird, Way to Heaven/Camino al Cielo and David Edgar’s The Prisoner’s Dilemma. Paul performed improv in Boston for many years with the U.S. Improvisational Theatre League. He trained in acting with Michael Shurtleff, Jeannie Lindheim and Bill Young as well as locally with Estes Tarver; in improvisation with Keith Johnstone and Adam Felber as well as locally with Jeris Livengood, and in voice, speech & movement with Leigh Smiley (Linklater), and Annie Thompson. Paul is also an award-winning producer, director, cinematographer and sound designer with hundreds of film, video and audio producing and directing credits from his fifteen-year career in Boston. His students have booked major roles for stage, motion pictures, television and national commercials including The Best of Enemies, Embattled, (Future) Cult Classic, Mr. Mercedes, and many more, as well as many shorts films, industrials, regional commercials and local plays. Paul has also taught at the North Carolina Theatre Conservatory and has held appointments teaching film production at Boston University and Emerson College. Some of his former film production students include film and television directors, Gary Fleder and Chris Koch and screenwriter Peter Filardi. 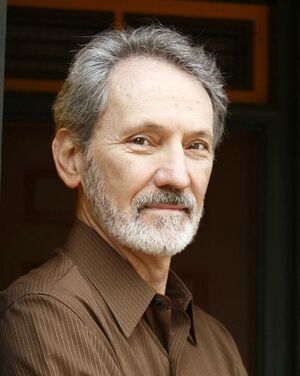