This class is designed to give young actors a foundational knowledge of acting principles and practice working with comedic and dramatic texts. In an open and comfortable learning environment, students will explore ways to find the fun story of a scene. Class will use games and exercises to help build the reality of the world, create a character’s perspective and motivation, and explore the arc of their relationships. Students will study acting fundamentals including blocking, story arc, character development and also the exploration of audition technique and acting for stage and film. We will learn that there’s no way to do it right, there is the personal way of each actor. and that all the play we explore in class fits right into the world of an audition! The goal of this class is to encourage new and returning actors to go into their Showcase, classes and beyond with a firm, confident foundation under their feet and a hunger to learn and play more.

INSTRUCTOR:  Jennifer Reddish
If class is full send an email expressing your interest to info@moonlightstageco.com and we will put you on a wait list. If wait list grows an alternate class may be added.

Jennifer is a professional actor, educator, writer, and coach who joins Moonlight Studios via New York, San Francisco, and Boston. Jennifer has performed in New York, most recently in State of the Union and A Marriage Contract at the Metropolitan Playhouse and regionally at the American Conservatory Theater in A Christmas Carol and Ah,Wilderness! Other favorite theatrical credits include A Rocky Horror Picture Show, The Big Meal, The Cherry Orchard, Hamlet, and Church.

Jennifer has coached students of all ages in acting, dialect training, Shakespeare technique, physical theater and clowning, audition technique, and improv at the prestigious Young Conservatory and Studio A.C.T. in San Francisco. Jennifer has trained with the Carter Thor Studios in Boston and was a student at the Circle in the Square Theater in New York. She received her BA from the University of Massachusetts Amherst and her MFA from the American Conservatory Theater in San Francisco. Jennifer is a proud member of Actors’ Equity Association.

**Registration fee waived for the Fall Semester due to COVID-19** 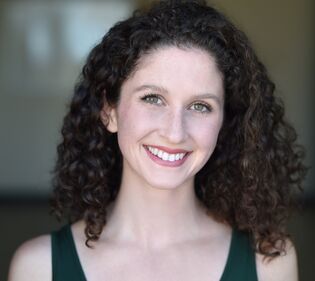