As a musical theatre performer, your book is everything. What do you need in there, and how do you go about finding it? What do you sing when you can’t sing a song from the show you’re auditioning for...but have to sing something in the same style? How do you go about finding those? 16 bars? 32 bars? How do you decide on an audition cut? This will be an 8-week class for the musical theatre performer (intermediate-advanced). You will learn how to do this for yourself, and have accompaniment recorded just for you, so that you’re able to practice and perform in class. And auditions! We will focus on song selection, audition cuts, organizing your book, song interpretation, and performance.

INSTRUCTOR:  Lisa Jolley
If class is full send an email expressing your interest to info@moonlightstageco.com and we will put you on a wait list. If wait list grows an alternate class may be added. 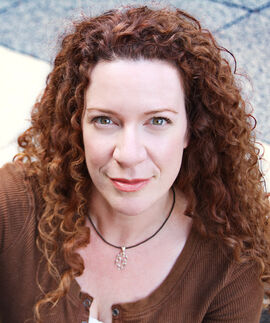 Lisa Jolley is an Adjunct Professor of Voice and Acting at William Peace University in Raleigh. She has also taught/coached at Moonlight and NCT Conservatory, as well as privately. An actor, singer, and improviser for over twenty-five years, her New York/Regional credits include: Hairspray (Broadway), The King Stag, (Yale Rep) Sweeney Todd (Paper Mill, PlayMakers Rep), Disaster (NCC Summer Theater), among others. Since relocating to North Carolina, she has appeared in Into the Woods, Les Miserables, Hairspray, and The Producers (North Carolina Theatre), Spamalot (Cape Fear Regional Theatre), Next to Normal (Deep Dish), Souvenir, The Great American Trailer Park Musical, and Sylvia (Theatre Raleigh). She is also a featured soloist with the North Carolina Symphony. Television appearances include Law & Order: SVU, Sex and the City, Hope and Faith, and Banshee. As an improviser, she has been a cast member/team player with Amsterdam's Boom Chicago, in NYC at UCB, The Magnet Theater, The PIT, and at DSI Comedy in Chapel Hill. Her solo musical improv show, Jolley On the Spot, played to critical acclaim in New York, LA, and at the Chicago Improv Festival, Del Close Marathon, and the New York Musical Improv Festival. Lisa is a graduate of the University of Cincinnati, College-Conservatory of Music, Musical Theater program.