INSTRUCTOR:  Katie Paxton
If class is full send an email expressing your interest to info@moonlightstageco.com and we will put you on a wait list. If wait list grows an alternate class may be added.

The first step of a professional play rehearsal is the table read! At a table read, the actors and director dissect and analyze the play, characters, themes and objectives in the text. In this class, students will be cast in a current play by the instructor and taken through a professional-level table read over the course of 10 weeks. Work on this practical skill with instructor Katie Paxton, who will moderate and act as the director during this fun, laid back and stimulating online class. A play will be chosen that suits the students who sign up. Class will culminate with a socially distanced, in person reading OUTSIDE in the Moonlight Courtyard. 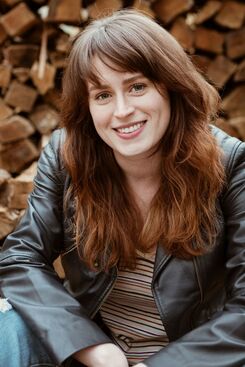 KATIE PAXTON is an actress, writer, teacher and coach. Her film and television credits include The Long Road Home (National Geographic, series regular), Billy and Billie (DirecTV written and directed by Neil LaBute, recurring), The Good Wife (CBS, recurring), Forever (ABC, guest star), The Black List (NBC, guest star), How He Fell in Love (dir. Marc Meyers) and The Heart Machine (dir. Zach Wigon). Recent theatre includes The Way of the World by Theresa Rebeck (world premiere at Dorset Theatre Festival), Bedroom Farce (Huntington Theatre Company), Who’s Afraid of Virginia Woolf, In the Next Room, The Imaginary Invalid and Noises Off (PlayMakers Repertory Company). She has booked multiple commercials including a Crest national network spot and has years of experience working and auditioning in the top casting offices in New York.Katie’s students have booked major roles on film and television, including The Blacklist, Quantico, The Deuce, Mr. Robot and Bloodline. Katie holds a BA and MFA in Acting from The University of North Carolina at Chapel Hill and has taught at the college and professional level for the past six years in NYC.